Parabolic Paintball is a barrel, soft goods and media company operated by Griffan Spanner from Washington state. The brand itself is the result of his interest in Fibonacci based geometry, a physics project for CBC and a little luck. Parabolic began as an experiment in paintball market culture where Griffan had been operating as an administrator for a multiple large BST group. After noticing specific trends in consumer habits surrounding soft goods, he contacted a friend who had a background in graphic design to have a small run of paintball jerseys made to see if the geometry and message of the brand would stick. By branding the small run as artisanal he was able to pre-sale 55 jerseys in the span of a week. Originally Parabolic’s form was chaotic, up until very recently the brand kept the mentality of trying to experiment in all aspects of the paintball market and continue along whichever lines seemed most beneficial. In 2014 Griffan moved to Sacramento to work with a small paintball gun company called Alien. While at Alien, Griffan was tasked with designing the barrel kit for the high-end marker that Alien was producing. Using the data from his CBC project, a test run of barrels was made with Aliens producer in Hong Kong and the testing showed that the design would be successful in market. Later that year, Griffan took the design one step further by introducing a new way of cutting the inner diameter which would allow for less drag on the inner bore but also keeping more air behind the ball as it adjusted to atmospheric conditions. With all internal geometry based on the Fibonacci sequence, he named the barrel Phi and took it to market under parabolic.  Since the release of the Phi in January 2015, Parabolic has been growing steadily in market share and expanding its reach with collaborative projects and constantly innovating its designs. 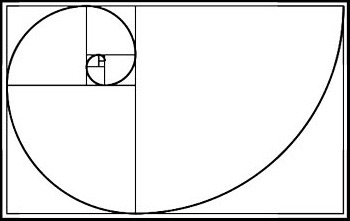 Parabolic’s mission is to craft the industry’s most effective paintball equipment and content by focusing on the most intricate details attainable and letting hard data dictate our direction without compromise. By encouraging a mentality of evolution and discovery, Parabolic’s goal is to reach out and embrace the seemingly random opportunities that life presents to help players live beyond the curve. Spiral out, keep going. This statement encompasses two main points that Parabolic wants to state to its customers. The first is that the data that it collects from testing will constantly be updated and used to create the optimal products based on its findings without sparing expense during production. The second of which is that Parabolic intends to take chances and embrace new ideas and concepts that can further its reach within and beyond the paintball industry.